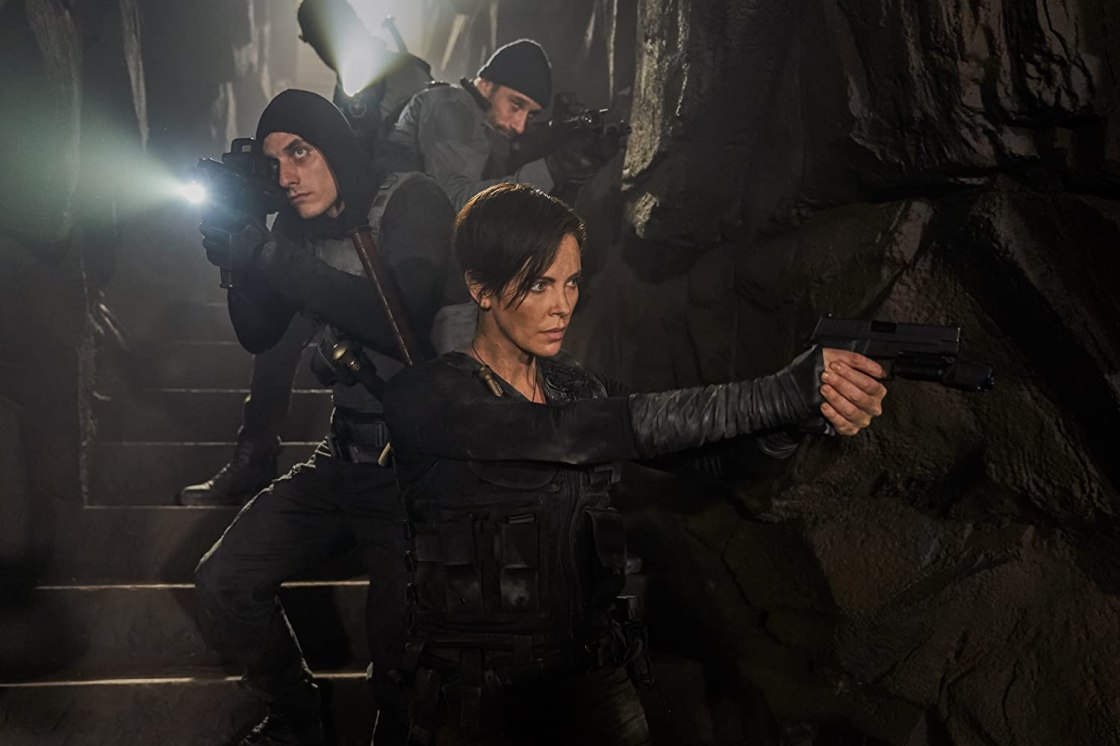 The Old Guard follows a covert group of mercenaries with a mysterious gift that prevents them from dying as they are recruited to take on an emergency mission. However, all is not as it seems as their extraordinary abilities are exposed to a much bigger threaten than they’ve ever faced before. It’s up to Andy and her team to eliminate those who seek to replicate and monetise their powers for greater evil.

I was very surprised with how much I enjoyed this film. As with any action movie, I was worried that the characters would lack development and the plot and powers would lack depth and detailed world building. Oh, how I was so wrong. Somehow, within a 2 hour window, I grew attached to Andy and her team and their complicated history. Albeit, the cliched, formulaic plot and the dialogue was somewhat cringey at times but the cast and the action sequences make the best out of it. There is an emphasis on genuine storytelling and character development instead of just action with no feeling, making the film incredibly commendable and entertaining to watch.

Between Mad Max and Atomic Blonde, Charlize Theron is also slowly becoming an action favourite. What more does a girl need from a movie except Charlize as a bad-ass mercenary, leading a team into battle, kicking ass while serving looks? She steals the show throughout, bringing a distinct personality to her character Andy that works in every single scene. Then there’s the side characters. Each have different motives, goals and perspectives of life that made me invested in their story to the point that I deeply cared for each and every one of them. Seeing a black woman lead the way is also incredibly refreshing.

In addition to the cast, the action sequences were great and realistic. There’s one scene where the team are so in sync with their fighting, passing guns and weapons back and forth and is shot so beautifully, I was mesmerised. It was also interesting that half way through the movie, in an unpredictable turn of events, we see that Andy is no longer healing. After that, every fight scene was that much more dangerous and that much more riskier.

However, The Old Guard is not without criticism. The antagonist on a whole was a bit meh. But, then, he was a curly-haired scientist so I guess his bland personality and motivations were realistic. I did laugh out loud at one point when he was holding the axe on the stairs as my dad said ‘Go on Andy, cut his head off.’ He really was worthy of a brutal death, the boring old fart. I also think the film was much too long at times. While providing the perfect time to develop the characters and the history of the immortals, it was quite slow-paced at times, making it feel as though the plot was almost dragging. I wonder if that’s how Booker will feel as he waits 100 years before he can be reunited with the team.

Also there were some really really annoying music choices. The score sometimes fit but most of the time, it didn’t. Netflix really need to get a new playlist for their films because it was infuriatingly cringe-worthy.

The Old Guard has the tone of an origin story with a sequel on the horizon due to the questions unanswered at the end and I’m here for it. It’s not a bad film, it’s not a masterpiece but it is fun and entertaining to watch. With the right score and the right villain, we could have a wonderful franchise on our hands.