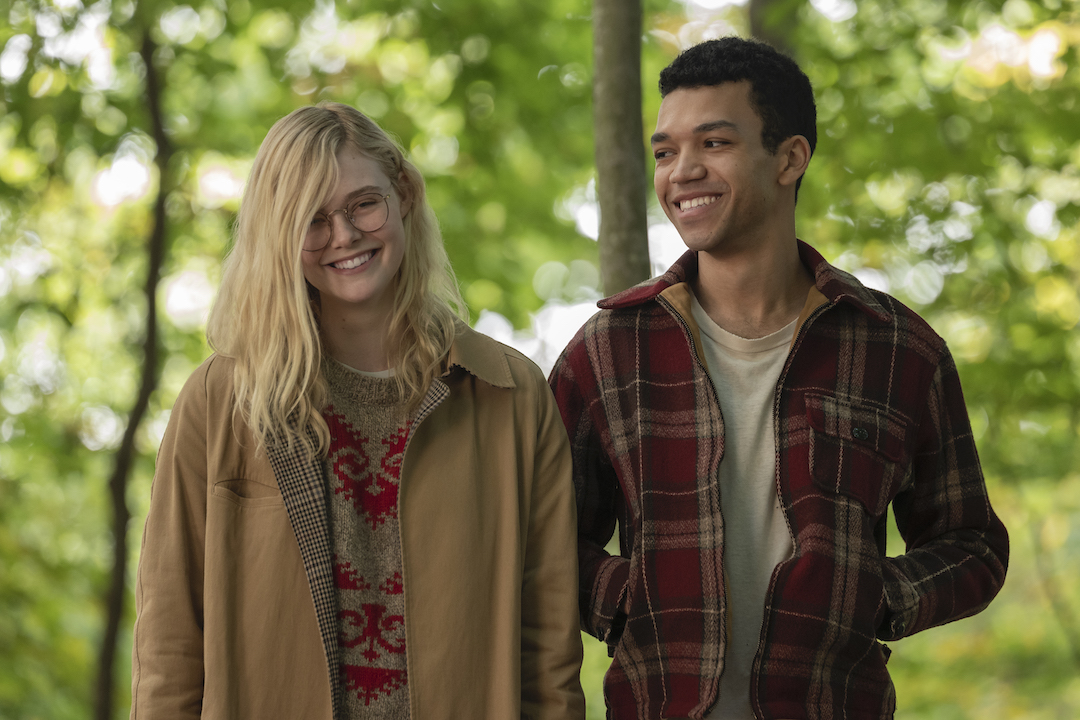 Review: All The Bright Places (15)

It has taken me 3 days to write this review since watching the film as to actually write the review, that would mean having to think deeply about the film again which equates to tears and sadness, which really I’ve done enough of these past few days.

All The Bright Places is adapted from the YA novel by Jennifer Niven. Exploring two characters, Theodore Finch and Violet Markey as they discover the natural wanders of Indiana for a group project, this movie explores mental illness, finding yourself and coming to accept yourself for who you are and coming to terms with the future. It’s a film about saving each other in friendship and love, giving audiences the message to grab life while you can, even if you are experiencing grief and trauma. By the time the credits are rolling, you’ll have a little tear coming out of your eye but you’ll also appreciate the wonders of both Indiana and this film.

I absolutely loved the book due to the way that it dealt with heavy topics in the most realistic way and while I was nervous how the adaptation would work around such topics, I genuinely believe this film did the book justice. It’s tender, it’s subtle in all its scenes but it is also so powerful at what it is trying to say. The end credit line where the film is dedicated to those who have been impacted by mental health concerns, suicide and grief was like a knife to the gut.

Elle Fanning takes all the beats and hits every moment perfectly while also breaking my heart in the process.

Actress Elle Fanning and Actor Justice Smith also do a brilliant job in bringing to life Finch and Violet. They’re chemistry is beautiful. It’s pretty rare in finding the PERFECT actors but Elle in particular and her emotional scenes – the scene at the lake? Outstanding. She takes all the beats and hits every moment perfectly while also breaking my heart in the process.

One of the things I think the film lets itself down with was the exploration of Theodore’s character. They kept him pretty private with Violet as the main character revealing all her secrets. In the book, this is very different and I think the decision to omit many important things that make you understand and relate to Finch was a bad choice. A lot more depth was needed…when he goes missing – let the camera follow him!

Although the movie doesn’t shy away from its discussion of mental illness, it’s also very stereotypical in dialogue resorts – Theo’s speech about how he goes blank? Dignified and sensitive but also very stereotypical. The finale in the book was also less predictable than it is in the film but it still works well. It has an emotional punch that is needed.

This film isn’t perfect and the book just overall handles the material better. I had an attachment to these characters and therefore my heart still hurts. It’s nothing more than what you’d expect from a Netflix teen drama which is understandable. I do think it’s better than other YA adaptations so I will give it that but there’s always room for improvement.

If you love the book, do give this movie a watch (the score of the film was also nice to watch). It probably won’t stick with you, nor will I probably re-watch it but it’s worth the initial screening.