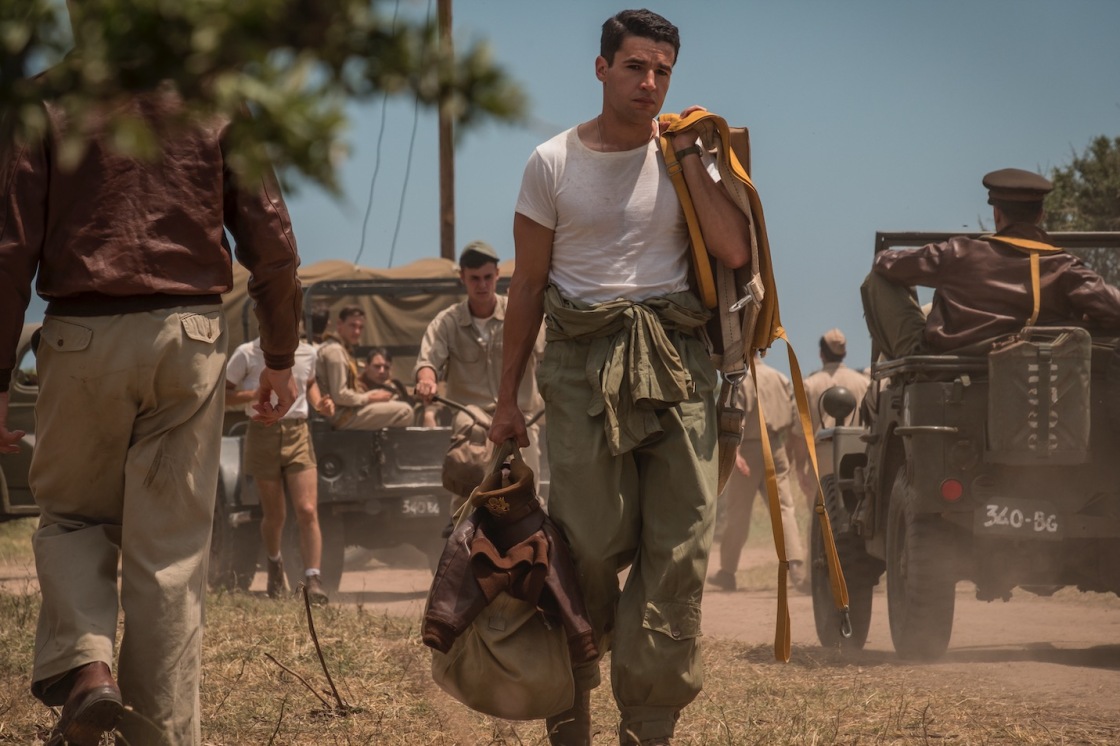 Catch-22: A Comedic Take On the Mechanical Nature of War

Heller’s satirical work has up until now been avoided when it comes to adaptations for film and TV but finally, Executive Producer, part-director and portrayer of General Scheisskpof, George Clooney has done the impossible: Catch-22 has come to TV with 6 hilariously entertaining episodes.

The story follows John Yossarian, otherwise known as YoYo whose ability to see through the farce that is the military and attempts to desperately avoid the inevitable tragedy war brings him nothing but frustration. YoYo has to fly 25 required missions, that is until the quota is increased and keeps getting increased, leaving YoYo desperate, begging to go home to the point that it is hilarious to watch as a viewer.

It’s a vicious cycle: chill on the beach with a beer, jump into the water, fly another mission, survive, only marginally, count down the mission quota only to get one to have it raised again. Every time he tries to get some sense of independence or control or attempt to get ahead of the game, chaos erupts. And it’s called Catch-22.

The eponymous title is explained by the doctor in the show, Daneeka: anyone who has the sense to try and get out of flying missions is by definition sane and must fly. Anyone who wants to shouldn’t be flying but they have to ask for exemption and simply put, they won’t and if they did, they would be considered sane enough to fly…etc etc. It’s a catch…Catch-22.

The show is full of paradoxes and contrasts: one minute there’s control the next there’s chaos, tranquillity and ocean blue scenes to brutal planes crashing into crew members. Upbeat music that has you smiling as the men endorse themselves in whores to violent scenes and realistic lines that have you thinking oh my. A mixture of comedy with brutality and it’s amazing.

Alongside this, the film has the most beautiful scenery. The war scenes amidst the blue of the Italian coastline highlights both the positives and negatives of war: friendships alongside death and violence. The casting of the show is also spectacular. Christopher Abbott as YoYo was the perfect choice. His ability to portray the intense frustration and incapability of being like everyone else who is simply another acet to win the war regardless of life or death is insane. He captivates you and draws you in to the story so that in the next breath, you’re right there alongside YoYo as he declares Bombs Away, as he counts down his missions until eventually, episode 6 ends. You realise you’ve just spent 6 hours watching the same thing and you want more. But what more could there possibly be?

The show portrays the true futility of war, the meaninglessness, the gore. It highlights the impotence of institutions and bureaucracy, rationalising the insanity as if going up there and dropping bombs is normal and the way things are now; you simply have to accept it.

Bravo Clooney, you have attempted the impossible and made it a show worth watching. It’s impressively well-made, smart and I would most definitely watch it all over again and again.